http://www.lasamericas.com.co
Our history
Las Américas Clinic began as a project created by a group of health professionals who met in 1989 and decided to start a company called Promotora Médica Las Américas with the mission to manage national and international clinics. Today, it is known as Las Américas Auna. Las Américas Clinic opened its doors on October 28, 1993 with outpatient services that included operating rooms and some diagnostic aids. It continued to grow over the years until it became the renowned institution that it is today, both in Medellin and nationwide. In the international market, it is also considered a tertiary care institution that provides specialized and comprehensive services. 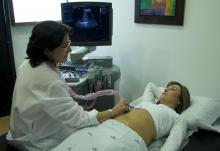 Learn more about this company and its products. Leave us your comments here.
*To establish contact, you must log in or register

We invite you to register and continue your search.